discover the EXCITING world of WINES from portugal 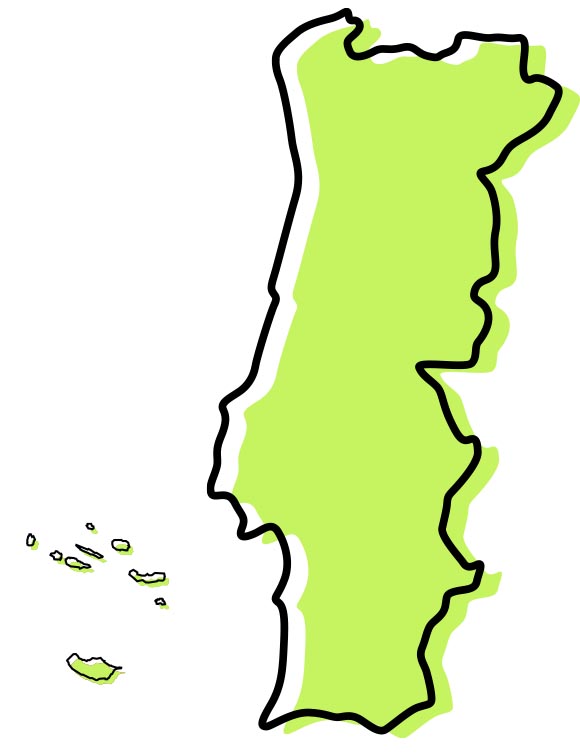 Portugal has a large number and variety of high-quality wines that offer an excellent value for the price; this variety is based on the diversity and uniqueness of their grapes and terroirs. Taken together, this means that today, the international reputation of Portuguese wine is unquestionable. The “Wines of Portugal” brand, created in 2010, is responsible for reinforcing and promoting the excellence of Portuguese wines in various international markets.

Furthermore, Portuguese wines represent an important part of the economy, thanks to the economic value they generate and the number of jobs they create, both directly and indirectly. Portuguese winemaking regions have great potential for wine tourism, and therefore in many regions new wine tourism infrastructures have sprung up, such as wineries, hotels, restaurants and shops, which generate jobs as well as important economic value.

WINES OF PORTUGAL IN NUMBERS 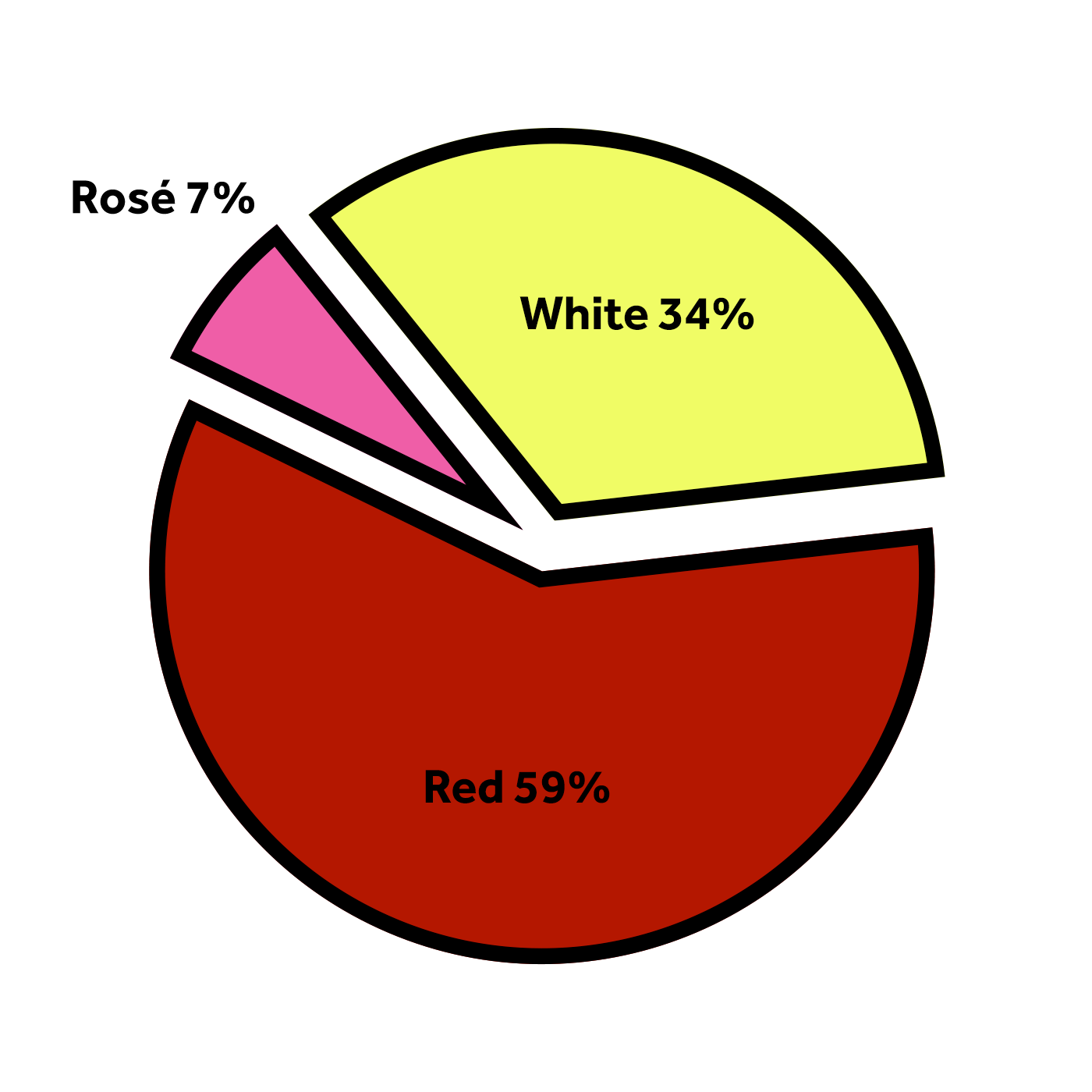 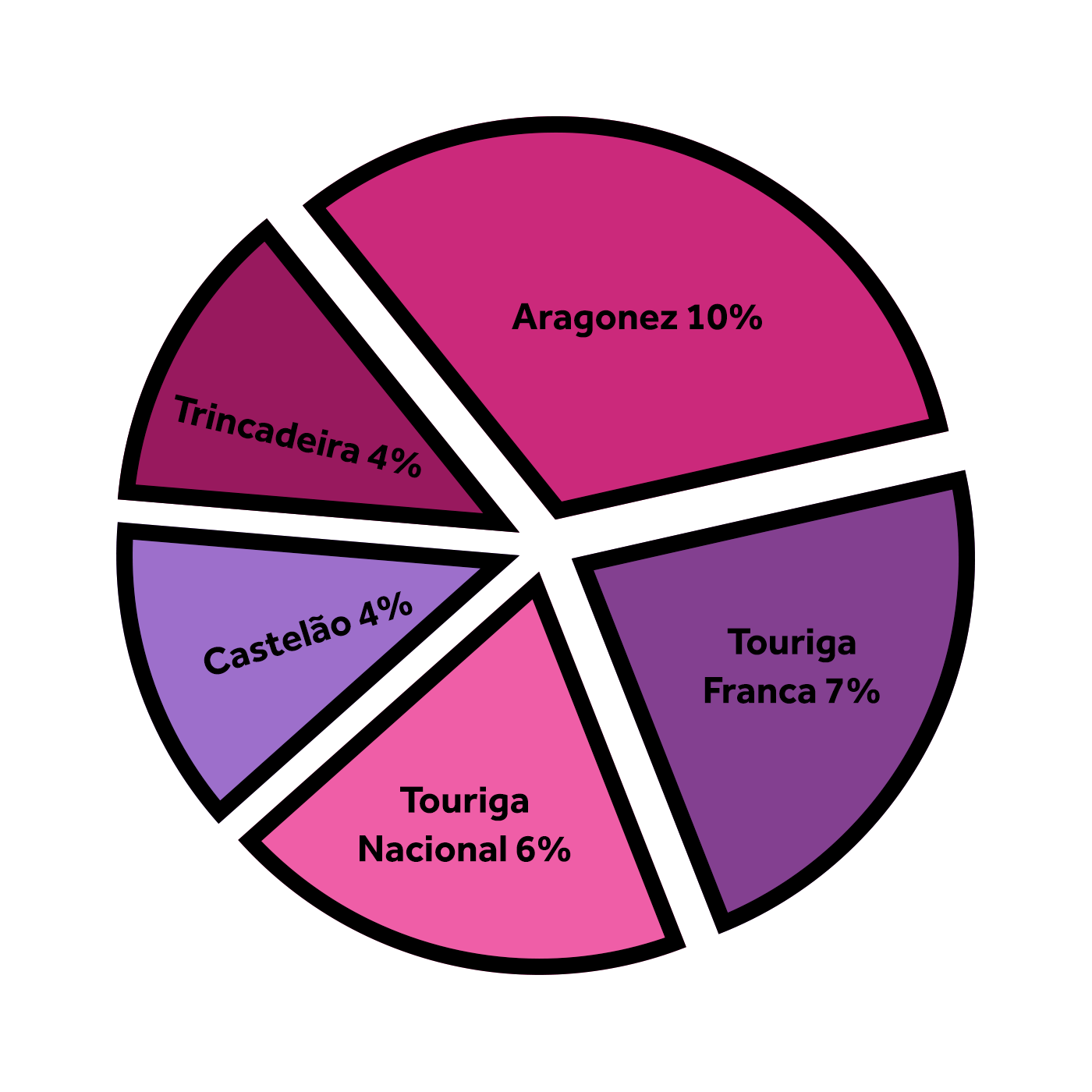 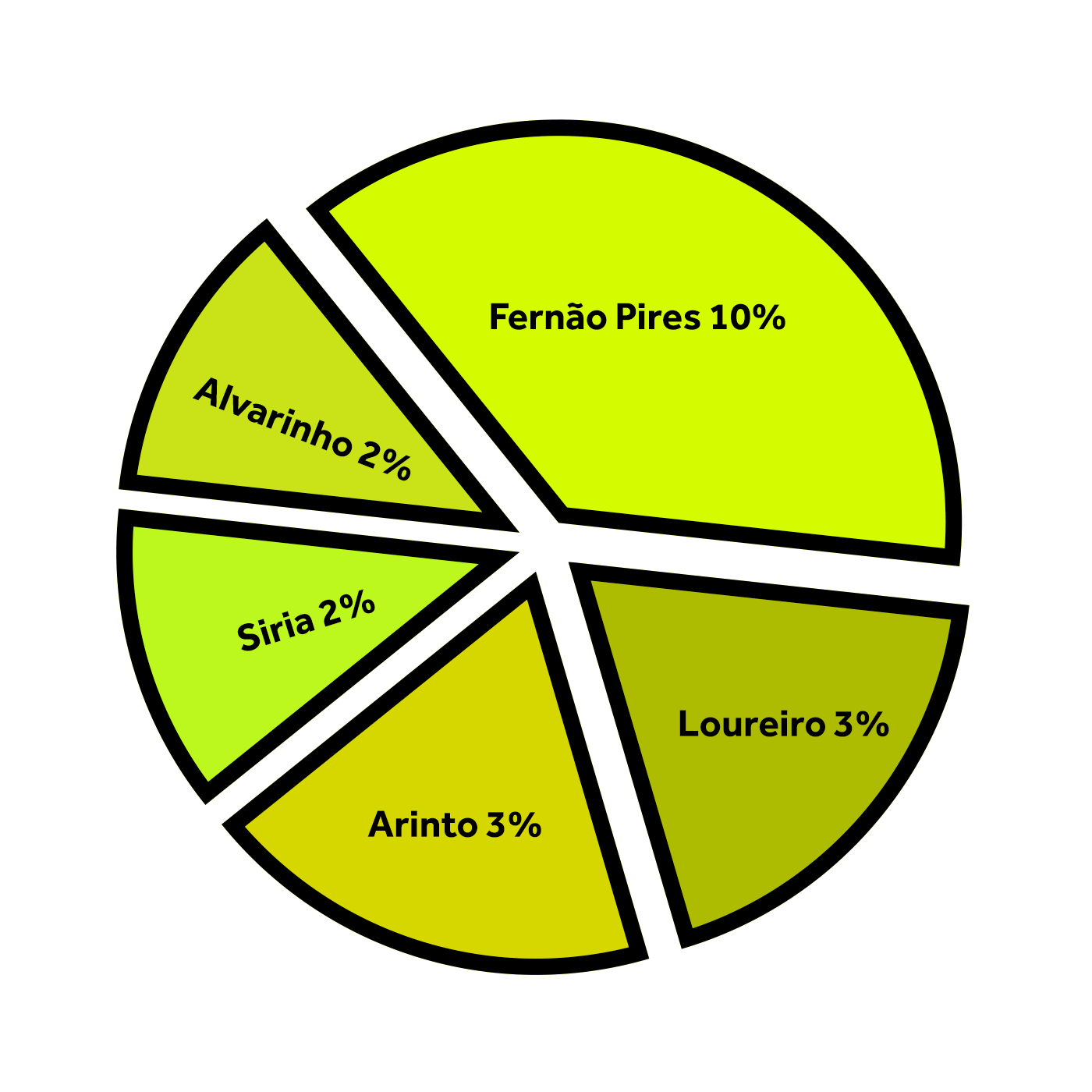 The brand Wines of Portugal is a collective brand and a communication tool for Portuguese wines around the world. It is a collective effort led by the IVV, Instituto da Vinha e Vinho.

The work to create the Wines of Portugal brand began in 2008 successfully culminating in 2010. The brand aims to promote the image of Portuguese wines in various international markets by developing and executing strategies and market plans so innovative and relevant, that they position Portugal as the next “hot spot” in the international wine scene in 3 years time. The focus is on 21 strategic markets.

Portugal has 14 winemaking regions that produce unique, distinct wines, thanks to the huge amount of native grapes and diversity of climates and soils. 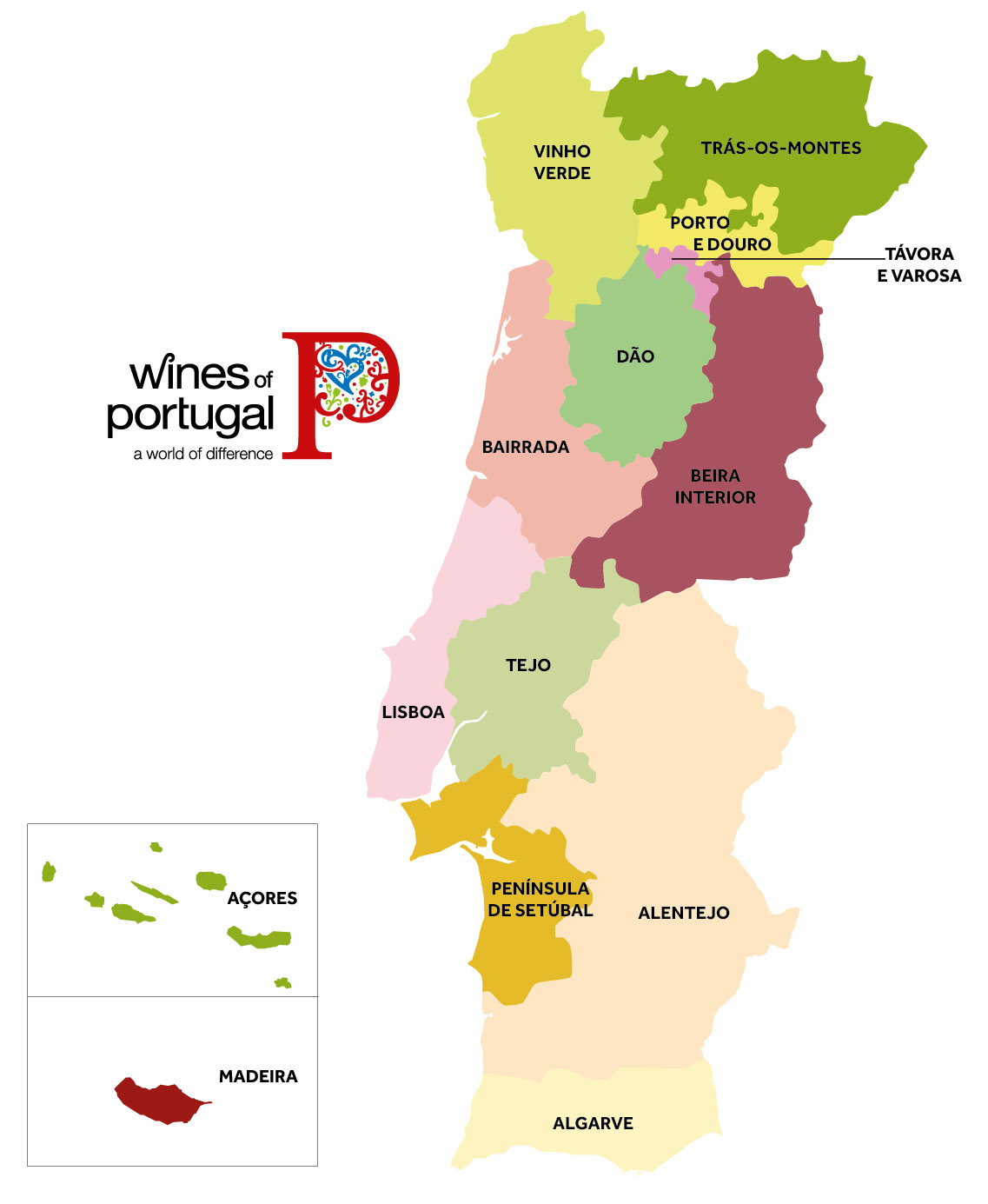 At the highest level of the European winemaking hierarchy, Portugal has 31 CDO/PDO. Currently in Portugal both terms are used, the traditional, local “CDO” (Denominação de Origem Controlada), which means Controlled Designation of Origin, and the new pan-European “PDO” (Denominação de Origem Protegida), or Protected Designation of Origin. Each of these regions has strictly defined geographical limits. Note: the numbers on the map only go to 28 because three of the regions, Douro and Oporto, Madeira and Madeirense, Setúbal and Palmela have the same “footprint” and are numbered together. The CDO regulations also establish maximum grape yields, recommended and permitted grape varieties and more, and all the wines must be tasted, tried and officially approved.

The entire country is divided into 14 “regional wine” areas. For years, the wines from these areas have been labelled in Portugal as Vinho Regional. Now the European Union has introduced new names for this category of wine: “GI”, which means “Geographical Indication” or “PGI”, “Protected Geographical Indication”. Most of the Portuguese regions have chosen to maintain the old designation, VR. The rules for making regional wines are much less strict than those governing wines with a Designation of Origin. However, many prestigious Portuguese wines are classified as Vinho Regional. Often, this is because a producer decides to use grape varieties that are not permitted in the local CDO, or at least not in those specific combinations or proportions. The more lax rules for Vinho Regional give producers more space for individuality, although these wines still must meet certain criteria in terms of grape varieties, minimum alcohol content, etc.

Vinhos de Mesa (table wines) are the simplest wines in Portugal. They are not subject to any of the rules stipulated for regional wines or CDO wines. However, there are some critically acclaimed wines that are labelled simply as table wines. They usually come from winemakers who have chosen to work outside of the official rules and have purposefully classified their wine as a table wine.

The large number of native grapes varieties (over 250) allows winemakers to produce a great diversity of wines with very distinct personalities.

The native grape varieties of Portugal are a national treasure: Exciting, distinctive, valued and savoured by generations of Portuguese wine lovers. And ready to be discovered as new flavours for wine consumers from around the world. Discover some of the best!

Alvarinho makes rich, mineral-forward white wines with character, with fruity notes of peach and citrus, and sometimes of tropical fruit and flowers. This high-quality white wine grape has long been valued in north-eastern Portugal and is commonly planted in the northern part of the Vinho Verde region, between the Lima River and Miño River, which marks the border with Spain. (You may be familiar with the Spanish version, Albariño.) Its origin is the sub-region of Monção and Melgaço in the Vinho Verde region. The wines from the Alvarinho grape variety are fuller bodied and with more alcohol content than most wines from the Vinho Verde region and have a huge aging potential, and they are often bottled as a single variety, with their name on the label. These wines are delicious when they are young, but they can age well. Winemakers from other parts of Portugal have recognised the quality of Alvarinho, and the variety is slowly spreading south.

The Arinto | Pedernã grape provides elegant mineral wines with predominantly apple and lemon aromas when young and fresh, but can also acquire some complexity with aging. It is the main grape of the famous white wines from Bucelas, north of Lisbon. It is a grape that maintains its freshness even at the highest temperatures, which is why it has spread throughout the country, especially in hot regions like Alentejo, where it helps to balance the reduced acidity of the region’s grapes. It is also very successful in the Vinho Verde region, where it is known by the name Pedernã. Its high natural acidity is also an advantage for the production of sparkling wines.

Encruzado makes elegant, balanced whites with body, with delicate floral and citrus notes, and, sometimes, with an intensely mineral character. Encruzado is delicious in its pure, un-aged state, but it also responds well to fermentation or ageing in oak, resulting in fine and well-structured wines that can mature and gain complexity for many years. It is most likely to be found in the Dão region, in the north, as a single variety or in blends: they are some of the most interesting white wines from Portugal. In the vineyard, even when it’s hot, Encruzado grapes maintain their fresh acidity and ripen perfectly without becoming too sweet.

Fernão Pires | Maria Gomes makes light, fruity, fragrant whites that are reminiscent of moscatel in their flavour: floral and citrus. Its flavour is freshest when it is harvested early to drink it young and fresh. It is also used in sparkling wines and, occasionally, can be harvested later to make sweet wines. It is the most widely grown white wine grape in Portugal, and it is grown almost all over the country, but especially on the Western coast, including Setúbal Peninsula, Tajo, Lisbon and Bairrada, where it is named Maria Gomes.

This late ripening grape most often provides red wines with well-defined tannins, which can be astringent while young, but which become more complex with aging. In warmer years, or through careful ripening and winemaking, Baga can produce rich, dense red wines with cherry and plum aromas when bottled, and which, when aged, can get softer, though more complex, aromas of herbs, malt, cedar, and tobacco leaf. It is originally from Bairrada, but is also grown in other regions such as Beiras, including Dão. It is also used as a base for sparkling wines.

The Castelão grape develops best in warm climates and dry, sandy soils as in the hot sands and old vines of the Palmela region, south of Lisbon, on the Setúbal Peninsula. It gives rise to firm, delicate and fruity wines with raspberry and berry aromas that evolve into a profile with hints of cedar and tobacco box. It produces wines with prominent tannins and intense acidity and the best specimens promise excellent aging capacity.

Aragonez | Tinta Roriz produces fine, elegant wines, with aromas of red fruits, plums and blackberries, firm tannins and good potential for ageing; it is possible that you’ve tried it on the other side of the border as Tempranillo. Called Tinta Roriz in northern Portugal, it is one of the main grapes wines from Oporto and Douro, and it is also important in the Dão region. In Alentejo it is called Aragonez. It’s generally used in blends with other varieties.

Touriga Franca makes dense, firm, yet rich and aromatic wines, with floral and blackberry notes. It is one of the five officially recommended grapes for Port, and it is also used in Douro red wine blends; in fact, it is the most commonly planted grape in the Douro valley. It’s generally used in blends.

Touriga Nacional produces wines (including Port wine) that are firm and rich in colour, with complex aromas and flavours reminiscent of violets, liquorice, blackcurrants and ripe raspberries, together with a subtle citric touch of bergamot. It is a grape that originates in the north, as both Dão and Douro claim it as their own, but now it is grown all over Portugal. It has the potential to produce wines with excellent aging capabilities.

Trincadeira | Tinta Amarela can result in reds with a raspberry flavour, spiced notes of pepper and herbs and very good acidity. This red wine grape grows all over Portugal, especially in warm, dry areas, but it is probably at its best in Alentejo. In Douro, it is known as Tinta Amarela. 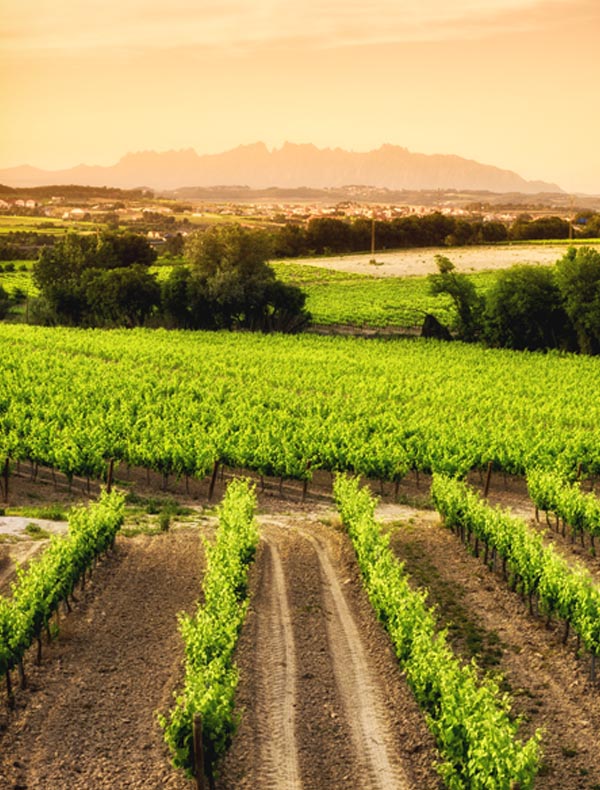 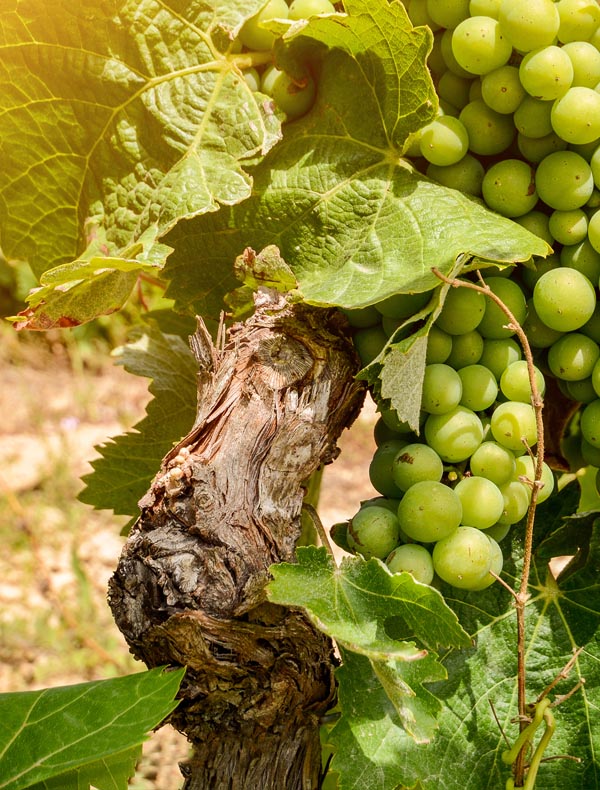 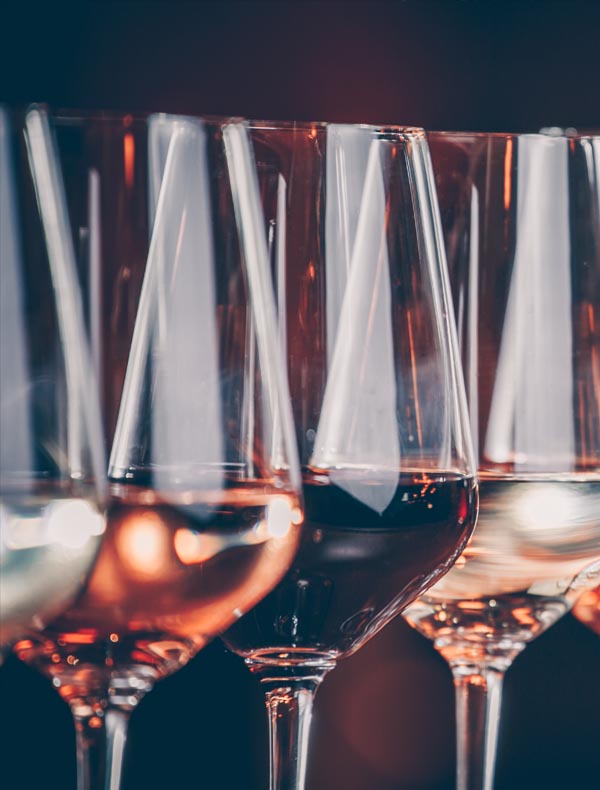 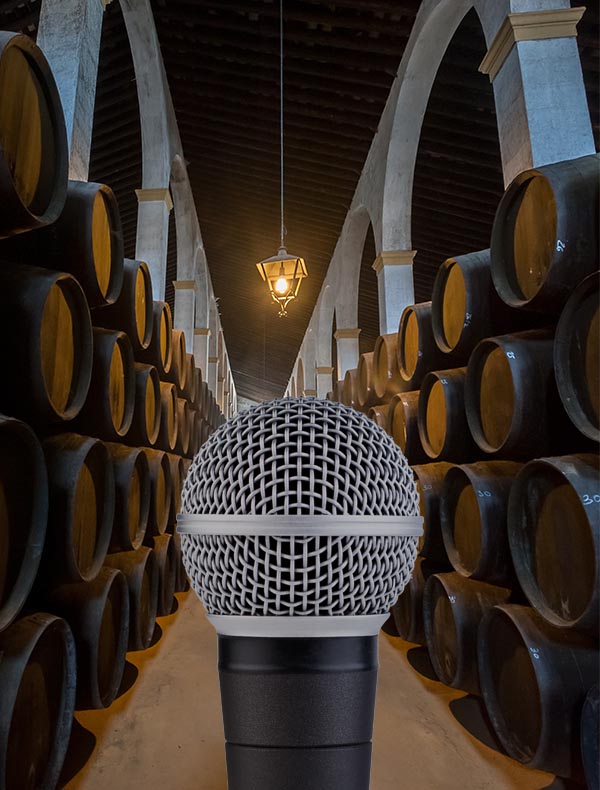